The fruit-scented aerosol clouds that come from e-cigarettes are hard to miss. You’ve probably seen these smoke clouds coming from teenagers and young adults holding objects that either look like a USB flash-drive or a clunky pen. E-cigarettes (also known as e-cigs, vapes, or vape pens) come in all sorts of shapes, sizes, and colors with a large assortment of e-liquid flavors to choose from, which make them more appealing and seem safer than regular cigarettes to our youth.

There are several other e-cigarette misconceptions that have caused these devices to become the popular choice among teens and adults. Believing these misconceptions can lead to health problems so, Primo Prevention is setting the record straight. 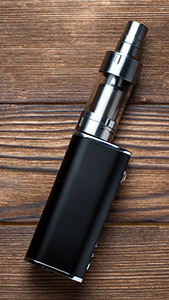 The reason for so many misconceptions could be because of the lack of regulation for e-cigarettes like there is for tobacco products, or maybe it’s because data on the long-term health effects of e-cigs hasn’t been given enough attention. What is for certain is that the lack of awareness of what e-cigarettes really are will lead to major problems in people’s health.

To make matters worse, there are general beliefs about e-cigs that make adolescents more likely to try vaping than any other nicotine delivery system. Here are the common misconceptions about e-cigs and why they are false: 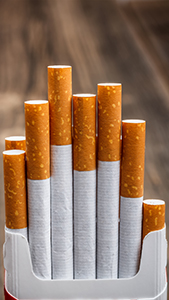 E-cigarettes have been marketed as “the safer alternative” to regular cigarettes. The e-cig industry has also claimed that e-cigs are a way for former smokers to start weaning off their nicotine addiction in a healthier way. However, that does not mean that e-cigarettes should be considered safe. E-cigs still contain nicotine, which means that users who have only ever used a vaping device can still develop a nicotine addiction and endure side effects including nosebleeds, dehydration, dry eyes, and more.

Myth #2: It’s Called Vaping Because You are Smoking Water Vapor

Don’t let the name fool you- e-cigarettes do not contain water, so you are not producing water vapor when you smoke. E-cigs produce aerosol, which is not the same as water vapor. The aerosol that vapers inhale is made up of chemicals and particles that can be potentially harmful. According to the U.S. Surgeon General, you are still inhaling chemicals including nicotine, diacetyl, and benzene. Also, because vapes work by heating the e-liquid, you are also inhaling bits of metal such as lead, aluminum, and nickel.

Myth #3: Fruit-Flavored E-Liquids Are Safer Than Tobacco-Flavored Ones

People generally think about teeth rotting and cancer when they first think about the word tobacco. Because teens understand the dangers of tobacco use, many believe that tobacco-flavored e-liquid contains more toxic additives and carcinogens than the sweeter flavor options. However, there is no evidence that shows menthol flavoring for vapes is more harmful than any other e-liquid flavor on the market. The biggest difference between an e-cigarette with tobacco flavoring and one with grape flavoring is that the grape is more enticing to minors- increasing the risk of young people developing a nicotine addiction. 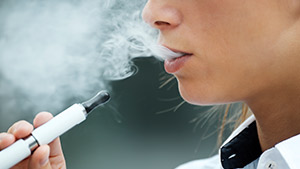 Myth #4: All E-Liquids on the Market Do Not Contain Nicotine

Even if you are not buying the tobacco-flavored e-liquid, there is still nicotine in nearly every e-liquid flavor on the market. The most popular vaping device, JUUL, does not currently sell nicotine-free pods either. In fact, some JUUL pods have the same amount of nicotine as a whole pack of cigarettes in just one pod.

As research and factual evidence about the dangers of cigarettes began to circulate in the 1990s, we saw a steady decline in the use of tobacco products among teens. Cigarette use among teenagers is at an all-time low, which is thanks to the preventative measures that doctors, schools, and the FDA have put forth to make tobacco use less appealing among youth.

What this means is that it is important that we continue to educate both adolescents and adults alike about the dangers of any nicotine delivery product, including e-cigarettes. To spread awareness about the common e-cigarette misconceptions, share this blog on social media or check out our e-cigarette prevention products to prevent more teens and young adults from becoming addicted to a potentially dangerous product.

The Side Effects of Opioids
Next
Teenagers Vaping Marijuana 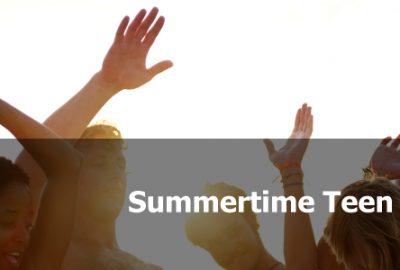 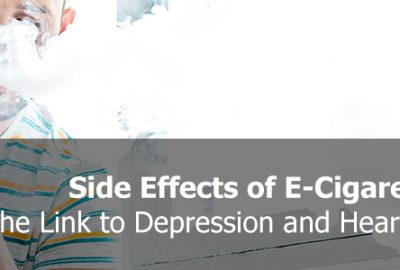 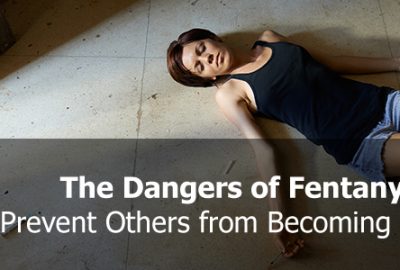 Fentanyl is one of the most powerful opiates on the market and has led to nearly half of the opioid-related deaths. Teens and adults alike who do not know the fatal consequences of fentanyl abuse are more likely to try the drug out of curiosity, peer pressure, or even through other drug addictions. 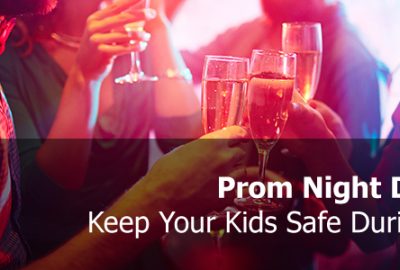 From spiked drinks at the dance to crazy afterparties, prom night is one of the most dangerous nights for a teenager. Know the common pressures and risks teenagers face during prom weekend and set them up for success and a safe night out instead.