Fentanyl Abuse Continues to Grow, but Spreading Awareness of Its Fatal Effects Could Possibly Save a Life

Opioid abuse has become a widespread epidemic throughout the United States. One synthetic opiate, however, has caused a huge spike in overdoses and deaths in the past few years, including the death of famous singer Prince. Fentanyl is one of the most powerful opiates on the market and has led to nearly half of the opioid-related deaths. Teens and adults alike who do not know the fatal consequences of fentanyl abuse are more likely to try the drug out of curiosity, peer pressure, or even through other drug addictions.

Fentanyl abuse continues to increase nationwide, leading to a higher drug fatality rate. As a substance abuse prevention education company, we believe in educating people about the dangers of fentanyl abuse and potentially saving others from suffering an opioid-related death.

Fentanyl Can Be Highly Addictive After Only One Use

Like other opioids and opiates, fentanyl is a highly effective pain reliever often given to patients undergoing surgery, cancer treatments, and life-threatening injuries. However, just like other opiates, fentanyl is also physically and psychologically addictive. What makes fentanyl stand out from the other opiates, however, is that it is nearly 50 times more potent than heroin and 100 times more potent than morphine. Even taking the drug once can cause the user to become immediately hooked.

Because fentanyl only gives a user a short period of intense relief and euphoria, the comedown can be intense and make the person instantly crave more. The opiate craving can quickly create a physical and emotional dependency as well as uncontrollable drug-seeking behavior.

Fentanyl Users Are More Likely to Overdose Compared to Other Drugs

What makes fentanyl even more lethal than many other drugs is that even an extremely small dose can cause a person to overdose. Because the opiate is so strong, even in small dosages, people underestimate its power, which often leads to death.

Overdosing on fentanyl is extremely serious for both new users and ones with a higher tolerance. If a person overdoses, he or she must seek medical attention immediately to prevent permanent brain or respiratory damage and even death. The signs of a fentanyl overdose include:

Other Street Drugs Can Also Be Laced with Fentanyl

Obtaining drugs on the streets poses a danger to people as users do not know the dose of what they are getting or what was added to the drug.  Vancouver Coastal Health, North America’s only supervised injection site for drugs such as heroin, cocaine, speed, and crystal meth, found that 86 percent of drug checks at their facility contained traces of fentanyl.

The dangers of using street drugs are already extremely high. When street drugs are laced with an even more potent ingredient like fentanyl, it can heighten the drug’s effects. However, the biggest danger of adding fentanyl to another illicit drug is that it also increases the chances of an accidental overdose. The most common drug that is often laced with fentanyl is heroin.

As mentioned earlier, fentanyl is 50 times stronger than heroin. With the higher strength added to an already powerful drug, a single dose could result in an immediate overdose and even death.

What You Can Do to Spread Awareness About Fentanyl Addiction

Being aware of the dangers of using fentanyl, even using it as directed by a doctor, can help prevent addiction and dependency. Educating teens and adults about the serious dangers of fentanyl could make someone think twice before trying it or even buying other illegal drugs that could be laced with fentanyl.

To get the facts about fentanyl for your educational efforts, check out Primo Prevention’s informative rack cards about fentanyl abuse and what people can do to avoid becoming another fatal victim of opiate addiction. 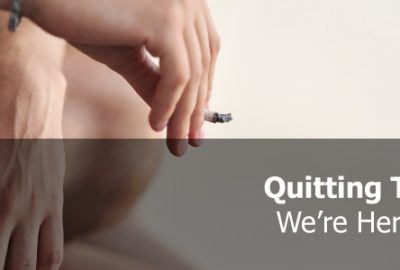 The Side Effects of Opioids

Opioids are becoming the number one drug for addiction in America. As physicians are increasingly prescribing them to treat diverse pain in patients, this highly addicting pain reliever can leave many desperately craving more, even after treatment is no longer necessary. No matter if it’s you or someone you care about taking opiate drugs, it’s important to know the side effects and signs of abuse to prevent addiction and overdose.

Cigarette sales have hit an all-time low! The use of tobacco has been steady on the decline for the past 20 years as more and more research has come out about the negative effects one a person’s health. However, there is a new smoking epidemic on the rise that has captured the attention of teens: Juuling.